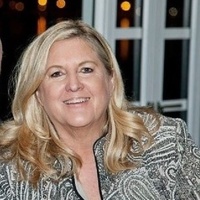 Christy attended Point Loma High School while pursuing her ambitions of becoming a professional swimmer and was invited to train for the Olympics back in 1967. Christy continued on to receive her Bachelor’s Degree at Colorado State University in Fort Collins, CO.

After returning to San Diego, Christy began her insurance career in 1978 working under her father at a local Farmers Insurance Agency in San Diego, CA. Following her marriage Christy took time away from the insurance industry to have her two daughters and was a part-time travel agent for many years.

When asked specifically what she can bring to the table Christy’s response was “My ability to connect with people and thirty years of experience in the industry”. Christy’s ability to multi-task and conflict resolution makes her a perfect fit to join Wilson Insurance Brokers team.